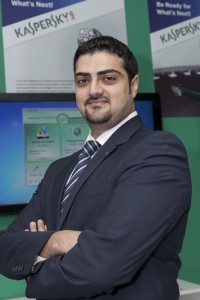 Kaspersky Lab’s regional managing director, Tarek Kuzbari, has announced that he has resigned from his post and that corporate sales manager, Khalid Abu Baker, has replaced him with immediate effect.

In an exclusive interview with RESELLER, Kuzbari explained that he will be moving to England to continue ongoing studies and believes he would be unable to adequately fulfil his role as managing director of the security firm. However, Abu Baker claimed that he is perfectly poised to step up and help Kaspersky tackle Symantec for the enterprise security crown.

And with the hint of another major distribution partnership on the verge of being signed, the future may look bright for Kaspersky.

“In the last year I have found it very difficult to balance my time between the two. There is a lot to be done here which I won’t be able to commit to, therefore I have decided to take the next step and finish my MBA, going a separate way from the company,” said Kuzbari.

The widely-recognised MD, who has been with Kaspersky since 2008, remained coy about whether or not he would return once his studies had been completed.

“There is a lot of discussion about me coming back, but who knows? It’s a big family here, there’s been great things done, but let’s see,” he explained.

“When I started here, we were almost unknown, now we’re leading in the consumer business. To gain great success here is hard, but we did it, and the decision to move on was a very hard one.”

However, Kuzbari hinted that he might seek a more senior position at a new company, suggesting that he had learned all he could from Kaspersky.

“For sure, I’ve learned all I can here. To grow over 100 percent year-on-year is very challenging, these things you cannot learn from books. The current relationship with the customers, the success stories, it’s been an amazing journey.

“I’ve learned many key skills here; business development, turnaround operations, and leadership and management. These are the three key areas and I’m still working on these in my class. I believe these have given me more of an advantage to move into a senior position. [In another company?] I don’t know, I’m really focused much more on the course right now, and not the job.”

A new man for new heights? 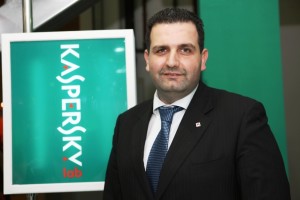 Kaspersky Lab is currently market leader in the consumer space, regionally, but the company has its sights set on taking the corporate crown, something that Kuzbari claimed his successor is ideally placed to do. Has this move come at the right time for Abu Baker?

Khalid Abu Baker added: “Maybe this has come at the right time, I have this experience. It’s the company’s new focus on B2B business, and it’s my role to grow the market share. Tarek was one of the best managers I’ve ever seen. He knows how to delegate responsibilities and taking over will be very challenging for me.”

“I’m comfortable, the management is good, the people are good, and we know where we want to go. I’ve been a part of this company for the past four years, it’s not a new world to me. I want to step up and help us drive in the right direction,” he said.

Abu Baker looks to have his work cut out, Kaspersky signed a major distribution deal with Westcon in order to grow the enterprise business not eight months ago, and the company claimed that it hasn’t stopped there.

“The past eight month’s we’ve been in deep discussion with Westcon as well as one other that we’ve got coming in. It’s another distributor, a new one, but we can’t discuss that yet. It’ll be a couple of weeks.”

Though Kuzbari claimed it would be tough to see Kaspersky gain the enterprise crown without being there to help, he believes that the team most certainly has the ability to complete the task, and that it has been very understanding during the talks of his resignation.

“Our COO also studied at the London Business School, so when everyone was surprised by my announcement, he understood how much time and commitment the programme needs. Still, there are opportunities in the company, but I’m focusing on the course for now. Eugene has been great too, he’s passionate and amazing. He’s allowed us to have lots of opportunities and we’ll definitely stay in touch,” he concluded.