The Dubai RTA has unveiled its Sky Pod project, a futuristic mobility system in the Dubai Emirate, WAM reported.

The first model of the Dubai Sky pod units is the Unibike. It is a small-size, and lightweight transit mean fitted with steel wheels to move on suspended rails. Each unit can accommodate one to five riders along with individual transport design. It can travel at a maximum speed of 150 km/h and carry about 20,000 riders per hour.

The second model is the Unicar. It is designed to carry passengers for a distance up to 200 kilometres. These units have a stylish design and conform to Dubai’s global standards. The unit can accommodate one to six riders and travel at a maximum speed of 150 km/h. The network can transport about 50,000 riders per hour. 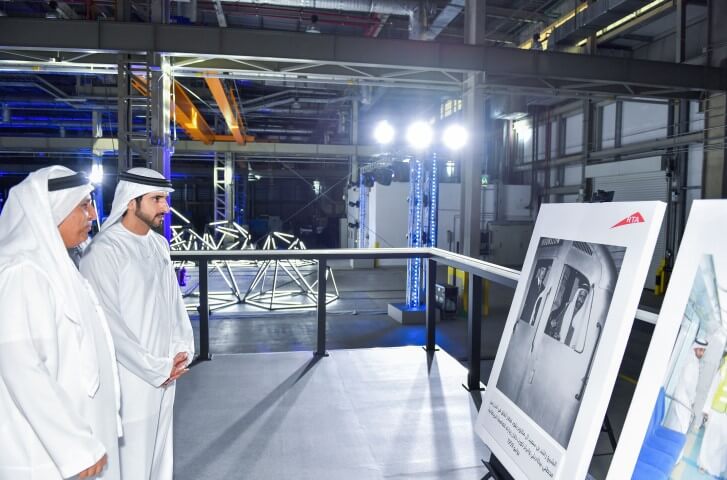 Further into his visit Sheikh Hamdan also commended the efforts of Dubai’s Roads and Transport Authority, RTA, in carrying out a series of projects related to Artificial Intelligence, AI, autonomous mobility, and shared mobility/transport.

He also inspected the Mobile Command Vehicle in support of roads and transport-related emergency and crises. The vehicle is fitted with cutting-edge technologies such as wireless connection with the Enterprise Command and Control Centre, EC3, and satellite connectivity enabling direct transmission to the Centre from the site.

Sheikh Hamdan was also briefed on RTA’s AI experience highlighted by Dubai Metro, the world’s longest driverless metro. The use of AI in the Dubai Metro fully automated operation covers automated journey planning, lines signalling system to enhance security, and risk prevention, such as the collision, while enabling trains to travel at maximum speed. This system has reduced operational costs by seven percent and improved punctuality by 6.4 percent.

The Crown Prince attended a presentation highlighting RTA’s efforts in operating the autonomous air taxi which was run tentatively in 2017. The technical specifications are currently being set after finishing the assessment of air taxi manufacturers.

The RTA has already started receiving applications for participation since February 2018. The names of those qualified for the Challenge finals were announced last October, and the winners will be honoured in October 2019.