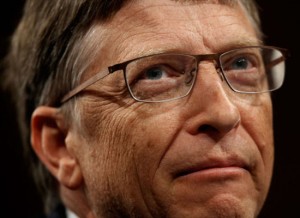 Microsoft co-founder Bill Gates has spoken about his relationship and last conversation with the late Apple co-founder Steve Jobs in a 60-minute interview with CBS’s Charlie Rose this week.

“We were within a year of the same age, and we were kind of naively optimistic and built big companies,” Gates said. “Every fantasy we had about creating products and learning new things – we achieved all of it. And most of it as rivals. But we always retained a certain respect and communication, including even when he was sick.”

When recalling the last conversation he had with Jobs before he died in October 2011, Gates was visibly moved. “He showed me the boat he was working on and talked about how he’s looking forward to it, even though we both knew there was a good chance that wouldn’t happen,” he said.

Gates also mentioned the competition between Apple and Microsoft during the interview. “We did tablets, lots of tablets, well before Apple did,” he said. “But they put the pieces together in a way that succeeded.”