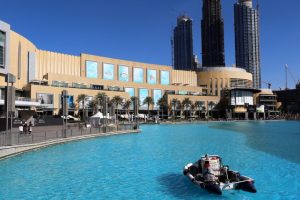 Emaar Malls has made a bid for online retailer Souq.com, seeking to challenge an existing offer from Amazon.com Inc., according to Bloomberg.

The unit of Emaar Properties PJSC offered about $800 million for Souq.com last week, according to a source familiar with the matter, which includes a convertible deposit of $500 million. Amazon has an exclusivity clause in its buyout talks for Souq.com, the person said, meaning that Emaar’s bid cannot be considered until any potential buyout from the US firm has collapsed.

No final agreement has been reached with any of the parties, the source said.

Amazon restarted talks to acquire Souq.com in a deal valued at as much as $650 million after walking away earlier this year, people familiar with the matter said earlier this month. Souq.com was valued at $1 billion in its last funding round, people with knowledge of the matter said in April 2015. The retailer raised $275 million, making it the most valuable internet company in the Middle East, according to Standard Chartered Plc, which had invested in the company.