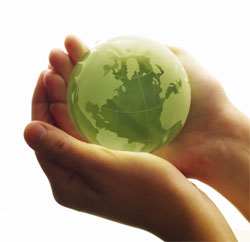 Revenue in the IT segment of the world’s smart electricity delivery industry is likely to have grown by 23 percent, to US$9.4 billion, in 2012, in support of smart grid deployments, according to a new study.

Global revenue from software and IT services in the electricity delivery and management portion of the so-called advanced energy market was $7.7 billion in 2011, with $3 billion in the U.S., said the study, for trade group Advanced Energy Economy (AEE) by Pike Research. Pike expects the software and IT services market in the U.S. to have grown by 20 percent between 2011 and 2012.

“For many utilities, implementing new grid capabilities requires significant integration of separate information systems, not unlike the transmissions that swept the financial, telecom, and manufacturing industries over the last two decades, with the hope of similar improvements in flexibility, efficiency, and productivity,” the study said.

The growth in IT services in the energy delivery industry is a result of smart grid deployments in the U.S. and other countries, said Bob Gohn, research director for Pike. While U.S. spending on smart grid devices will level off in coming years as government spending runs out, IT spending will continue to rise as utilities need to analyse all the new data they will be collecting through smart meters, he said.

After building out smart grids, utilities now have “an entirely different problem on their hands — just a load of data to manage and make smart decisions with,” said AEE research director Matt Stanberry.

The growth in IT in the smart energy industry will create good opportunities for IT companies to help utilities manage data and deliver service and help customers control their energy costs, Stanberry said.

The study looked at the wider advanced, or smart, energy market, which encompasses advanced technologies to make electric power more secure, cleaner and more affordable. The advanced electricity market, a subset of the overall electricity industry, had worldwide revenue of $1.1 trillion in 2011, with $132 billion in the U.S., the study said. The U.S. portion of the advanced energy market is projected to grow to $157 billion in 2012, the study said.

The software and IT services portion of the electricity delivery market, according to the study, includes grid communications networks, grid input and output software and services, meter data management, next-generation customer information and billing systems, and advanced data analytics.

IT in the smart buildings portion of the industry helps enterprises and other customers manage their energy consumption, Stanberry said. “It’s sort of where all this smart grid stuff leads,” he said.