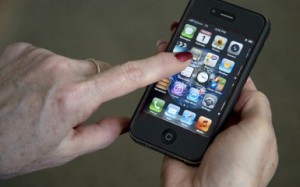 Older customers are now Apple’s biggest fans, according to a brand perception measurement company, citing shifting demographics that indicate the company’s appeal to the young and technology-enamoured has been slipping.

The finding from U.K.-based YouGov also puts into context recent television ads that were loudly panned, with some critics calling them “rotten” and “gagging.”

Apple ran the ads, which featured a Genius – the name for the company’s in-store technical support staff – helping customers in high-pressure situations. The 30-second spots touted the Mac and appeared during the early days of NBC’s broadcast of the 2012 Olympics. They were discontinued, reportedly as planned – within several days.

In all three ads, the Genius was played by a 24-year-old comedian named Josh Rabinowitz. The reaction among the Apple faithful was devastating.

“I honestly can’t remember a single Apple campaign that’s been received so poorly,” said Ken Segall, whose LinkedIn profile says he worked as the creative director for ad firm Chiat/Day and on that firm’s 1997-2002 “Think Different” campaign for Apple.

“These ads are causing a widespread gagging response, and deservedly so. This thing is so upsetting, it has me talking to myself,” said Segall in a post to his personal blog last week.

But the ads may not have been the failure Segall and others assumed, said YouGov today.

According to the company’s BrandIndex, since mid-July 2011, Apple’s biggest supporters are consumers 35 years and older. Meanwhile, the younger age group of 18 to 34 – once the demographic most smitten with Apple – has trended downward since then.

“Now that adults 35+ have a higher perception of Apple, it may make sense that the ‘Genius’ ads were airing during the Olympics, where the prime time audience is easily over 35 years old,” said YouGov. “It appears that the 35+ demographic, which includes [Baby] Boomers 50 and over, may need more product hand-holding than the younger group, hence the Genius [ads].”