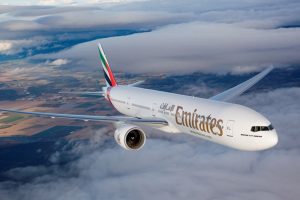 Britain has followed the United States in heightening airline security measures on flights from Turkey, the Middle East and North Africa, banning laptops and tablet computers from the plane cabin following a Department of Homeland Security warning.

The move came hours after the US government warned that extremists plan to target passenger jets with bombs hidden in electronic devices, and banned carrying them in cabins on flights from 10 airports in eight countries.

Leading global carrier Emirates also announced that the new restrictions would be in place for nearly seven months on its US-bound flights.

The British ban will not cover the United Arab Emirates, Qatar, Kuwait or Morocco, but passengers flying directly to Britain from Lebanon and Tunisia – who are not included on America’s list – Egypt, Jordan, Saudi Arabia and Turkey will be required to place devices and large phones into hold luggage, a government spokesman said.

“We have been in close touch with the Americans to fully understand their position,” a British government spokesman said in a statement. “The additional security measures may cause some disruption for passengers and flights, and we understand the frustration that will cause, but our top priority will always be to maintain the safety of British nationals.”

Prime Minister Theresa May has chaired a number of meetings on aviation security over the last few weeks, including on Tuesday morning, where the new measures were agreed, he said.

“Decisions to make changes to our aviation security regime are never taken lightly,” he added.

“We will not hesitate to act in order to maintain the safety of the travelling public and we will work closely with our international partners to minimise any disruption these new measures may cause.”

Senior US officials told reporters that nine airlines from eight countries had been given 96 hours to ban devices bigger than a mobile phone from the cabin.

The British ban includes phones which are more than 16 centimetres long, 9.3cm wide and 1.5cm deep.