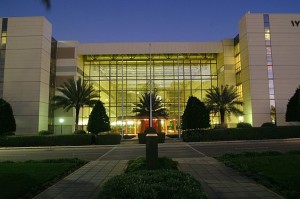 China has maintained its lead in the biannual ranking of the world’s most powerful supercomputers, with the Chinese National University of Defense Technology’s Tianhe-2 system bringing 33.86 petaflop/s (quadrillions of calculations per second) to the table.

That number is almost twice that of the calculations offered by the runner up, the Titan Cray system, which is run by the U.S. Department of Energy’s Oak Ridge National Laboratory.

Saudi Arabia was the only provider from the Middle East with three, and its highest-ranked offering was its SANAM – Adtech 532.6 teraflop/s  supercomputer at King Abdulaziz City for Science and Technology.

Measured by the number of systems on the Top 500 list, the U.S. still leads the pack with 265 systems, up from 253 systems in the last ranking released in June. Tianhe-2 topped that list, with Titan following, and both had the same performance numbers as the new rankings released Monday.

The Top 500 list of supercomputers was started in June 1993 to compare the performance of the most powerful computers and show supercomputing growth. Participation is voluntary and requires entrants to run the Linpack benchmark, which measures how quickly a system can solve a dense series of linear equations.

Overall, the latest ranking, which is the 42nd, shows little change from June. There is only one new system in the top 10, the Swiss National Supercomputing Centre’s Piz Daint, a Cray XC30 system that clocked 6.27 Pflop/s on the Linpack benchmark.

Piz Daint also proved to be the most energy efficient machine on the list, a metric the Top 500 started charting. While Piz Daint consumes an average of 2.33 megawatts, it produces 2.7 gigaflops (or 2.7 billion floating-point operations per second) for each watt used.

Taken together, all 500 systems on the list would produce 250 Pflop/s, half of which was supplied by the top 17 entrants on the list. Over 31 systems were able to produce at least a petaflop/s.

Both of the top systems use coprocessors to speed up calculations. Tianhe-2 uses Intel Xeon Phi processors and Titan uses Nvidia GPUs. Overall, 53 systems on the list use accelerator/coprocessor technologies.