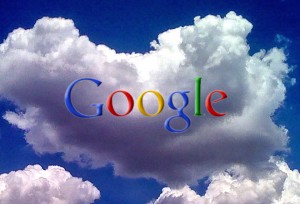 Google, attempting to build its reputation as an enterprise and developer-focused cloud computing provider, today said its cloud platform is open for anyone to sign up for, and can be used with a new by-the-minute billing scheme.

Google Compute Engine (GCE) is a pure-play infrastructure as a service (IaaS) offering that includes both virtual machine and storage pay-as-you-go resources. The service has been in limited beta – first available through invite-only, and then more recently only with a Gold Support package, which cost $400 per month. Today, GCE is open for shop in an “open preview,” meaning anyone can sign up to use it though. (Check out Google’s cloud platform blog.)

In addition to the GCE news, Google also launched a cloud database for non-relational database, new security measures for its cloud, and support for a new language on its Google App Engine platform as a service (PaaS). “Over the last 14 years we have been developing some of the best infrastructure in the world to power Google’s global-scale services,” wrote Urs Hölzle, Google’s senior vice president for technical infrastructure at Google, and one of its chief cloud builders. “With Google Cloud Platform, our goal is to open that infrastructure and make it available to any business or developer anywhere.”

In addition to the open signup now available for GCE, the service also comes with a variety of new features, the most notably the unique billing schema. GCE charges customers based on one-minute increments, with a minimum of 10 minutes. Most other cloud providers, including Amazon Web Services, Rackspace and Microsoft, charge for compute resources by the hour.

At its developer’s conference today, Google also announced a cloud-hosted database for managing non-relational data. Cloud Datastore includes auto-scaling and replication for high availability, along with the ability to run SQL-like queries, the company says. The database is a natural complement to Google BigQuery, a data analysis application that’s already part of the company’s cloud platform.

Google rounded out the new features in its cloud today by adding support for the PHP programming language for Google App Engine (GAE). Google says more than 3 million apps have already been built on GAE, with 300,000 unique developers using its platform.
The move is a natural progression for Google’s PaaS, which already supports Python, Java and GO programming languages.

“Embracing PHP is a logical and overdue move for Google,” says Andi Gutmans, one of the co-creators of PHP and CEO of Zend, a PHP support company. “In today’s mobile-first era, 39% of all web and mobile apps are written in PHP. Both Microsoft and Amazon have already aggressively embraced PHP and extended their developer outreach to the PHP community. The battle for the cloud developer is now on.”

The moves reinforce the continuing maturation of the company’s  cloud platform, which some consider one of the strongest threats to compete with cloud leader Amazon Web Services, given Google’s scale and data center footprints around the globe. The company still has some catching up to do if it wants to reach Amazon; a recent survey by Zend of 5,000 developers found that 51% of them were using Amazon cloud services, while only 21% were using Google, and 11% reporting having used Microsoft Azure.