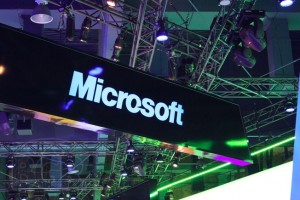 Microsoft experienced disruptions for several hours to its online suite of mail, calendar and storage services, leaving many users unable to access their accounts.

The problems occurred Tuesday evening in the U.S. Microsoft posted a series of status updates for its Outlook and Hotmail services showing the issues in its online email were unresolved nearly four hours after they were first flagged.

“We’re having a problem accessing email. You might not be able to see all your email messages. We’re working to restore service right now,” the company posted.

Over three hours later a second message was posted, saying Microsoft was still working on the issue and promising an update.

Microsoft is in the middle of moving users over from its aging but popular Hotmail service to its new Outlook.com. Many online speculated the issues stemmed from the company’s ongoing migration to the newer service, which the company hopes to complete by summer.

A Microsoft spokesman in Tokyo said she had no immediate comment on the issues.

The company also reported issues with its calendar service Tuesday afternoon, first saying it was “performing maintenance,” then came back over eight hours later and said “The problem has been fixed.” Its SkyDrive online storage service reported three hours of problems related to “adding, editing or removing files.”

Users took to Twitter to vent their frustrations. Many said they were unable to check their mail and some asked friends to use alternative methods to reach them.

“I thought I was getting any mail, then realised Outlook was dead,” posted one user.

Outlook.com, the company’s refurbished online email service, is a major effort by Microsoft to rejuvenate its popular but aging Hotmail property, with a clean, slick interface and integration with social networks like Facebook and Twitter.

The company said last month that after a six-month “Preview” period it would take the service mainstream and begin migrating its Hotmail users over, with everyone moved by summer of this year.