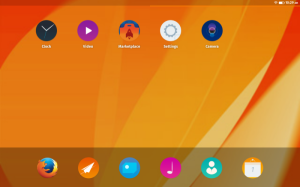 Future versions of the Firefox OS mobile platform will allow users to control application-specific permissions, a feature with both privacy and security benefits that’s missing on Android.

Firefox OS 2.1, whose code is expected to be completed in November, will have a new option under its developer settings called Verbose App Permissions that will allow users to tweak permissions per application, according to Mozilla security engineer Frederik Braun.

“The typical list in the Settings app will then show you all the permissions an app has and allows you to set them to Allow, Prompt or Deny,” Braun said Sunday in a blog post.

The feature will work for apps obtained from the Firefox Marketplace, but not for built-in apps that are shipped with Firefox OS phones by default.

Using the feature is not without risk, as some apps might stop functioning properly if they are not designed to cope with permission failures.

Unless the developer has created an error handler, “the app might be indefinitely stuck in a waiting state,” Braun said.

Apple’s iOS has had granular application permission control for years, but Android lacks this feature. That deficiency has drawn criticism from privacy and security experts.

Android users are asked to grant all permissions requested by an app at installation time. If they decline, the application is not installed. If they agree, there is no way to later revoke only specific permissions for that app.

Over time this has led to a situation where many apps ask for permissions they don’t actually need in order to provide their primary functionality. In many cases that’s because they bundle advertising frameworks that require their own, often extensive, list of permissions.

Furthermore, a June update to the Google Play app store has changed how permissions are shown to users and is now grouping them into categories, rather than listing them individually. For example users might see that an app requests SMS-related capabilities, but they would have to manually drill down to see whether those permissions refer to reading text messages or also sending them.

Google has called this a simplification to make permissions easier to understand, but some security experts believe the change makes it even harder for users to be properly informed about what they allow applications to do on their devices.

Google started to experiment with granular permission control in Android 4.3, which contained a hidden feature called App Ops that allowed users to turn off individual permissions granted to apps. However, the company later removed App Ops in Android 4.4.2, prompting advocacy group the Electronic Frontier Foundation to call the inability to turn off app permissions “a Stygian hole in the Android security model.”