UAE CEOs are actively disrupting their sectors in 2019 with 70 percent already making significant technological advances, from AI to cognitive computing, to grow their business and stay ahead of competition, according to a recent industry report. 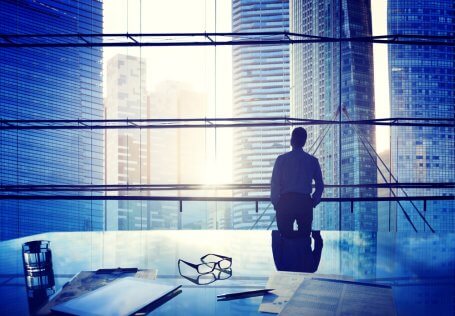 The fifth edition of KPMG’s CEO Outlook report revealed that disruptive technology, economic territorialism and climate change are some of the biggest challenges global and local businesses may be facing today.

Despite 94 percent of both UAE and global CEOs expressing confidence in their own business’ growth prospects, fewer (63 percent) feel the same way about the global economy. Age-old businesses appear to have come under increasing threat due to digital disruption, and CEOs are under pressure to rethink their organisation’s traditional approach to drive new digital revenue streams.

Sixty three percent of UAE CEOs believe that agility is fundamental for businesses to succeed against a challenging economic backdrop. Eight out of ten UAE CEOs are actively transforming their leadership teams to build resilience and three-quarters of organisations are piloting artificial intelligence (AI) and automating processes. In the wake of increased technological disruption and adoption, over half (57 percent) of CEOs recognise that a strong cyber strategy is critical to building trust with key stakeholders.

Nader Haffar, chairman and CEO, KPMG Lower Gulf, said, “This year’s KPMG CEO Outlook report shows that UAE CEOs are championing a digital reinvention, while navigating other big issues like economic territorialism and climate change. To weather the challenges that lie ahead, they may have to fundamentally transform their operating models and build an agile, customer-focused and connected enterprise with a strong workforce at the helm.”

Furthermore, many global and local organisations have recognised that climate change presents one of the biggest challenges today – and CEOs are turning their attention to energy transition to move the world away from a reliance on fossil fuels. In fact, half of UAE CEOs say their organisation’s growth will depend on their ability to navigate the shift to a low-carbon, clean-technology economy.

UAE CEOs also recognise they should take advantage of the abundance of opportunities in emerging markets like the Indian subcontinent, China and south-east Asia, given their growing populations, the expansion of their middle classes, and steadily increasing consumption. Overall, 66 percent of UAE CEOs said their first priority for geographical expansion over the next three years is emerging markets.

“The social, economic and technological headwinds we have seen emerge in recent years are still relevant,” added Haffar. “UAE CEOs today must become disruptors of their own business, and challenge entrenched practices. If they can create an environment where new ideas can be tested and change is encouraged, their organisations stand to benefit tremendously.”