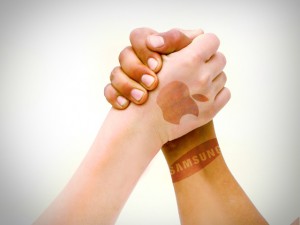 Apple and Samsung Electronics hurled strong statements at each other in the opening rounds of their Silicon Valley patent trial yesterday, kicking off a case that could result in billions of dollars in damages.

In a packed federal courtroom in San Jose, California, attorneys for each company led the jury through numerous patent infringement claims and laid out what they believe their evidence will show. Though both companies claim the other infringed their intellectual property, the bulk of the presentations yesterday revolved around Apple’s charges against Samsung.

Apple sued Samsung in April 2011, charging a long list of patent violations involving both designs and software features of the iPhone and iPad in Samsung’s Android devices. Samsung countersued days later, alleging that Apple infringes some of its patents. The cases have since been consolidated. Both companies’ claims have been pared down significantly on orders of Judge Lucy Koh, who is hearing the case in the U.S. District Court for the Northern District of California.

Tuesday’s opening statements, each about 90 minutes long, were the start of what will be just 25 hours for each company to make its case. The jury trial is expected to last several weeks. Both sides also face the challenge of making some highly technical arguments understandable to jurors.

Apple painted itself as a trailblazing company that has seen its inventions stolen by a latecomer. Samsung claimed to be an innovator itself, pointing out that it supplies many of the components that go into Apple’s products, including the vaunted iPad Retina display.

Apple took a risk when it entered the smartphone market with the iPhone in 2007, said Harold McElhinny of Morrison & Foerster, Apple’s lead attorney in the case. “They were literally betting their company,” he said.

When the product succeeded to the point of transforming the mobile phone business, Samsung copied it, McElhinny said. “It’s easier to copy than to innovate. It’s far less risky,” he said.

The centrepiece of McElhinny’s presentation was a set of images of Samsung phones from 2006, followed by one from 2010. He argued that the 2007 introduction of the iPhone transformed Samsung’s phone designs and that the South Korean company’s later products, starting with the Galaxy S i9000 in June 2010, used Apple’s patented design elements.

“Samsung decided simply to copy every element of the iPhone,” he said.

The features Apple claims Samsung copied include user-interface elements such as the ability to zoom in and out by pinching, and scroll through a document using one finger, as well as the basic design of the iPhone and iPad. The key design elements of a plain rectangle with rounded corners, a neutral border, a thin bezel and a flush glass surface are all described in design patents, which Apple charges that Samsung violated. McElhinny dismissed the idea that such designs were necessary for how a smartphone or tablet is used.

“Just because a product has a function … doesn’t mean that there is only one way to design it,” McElhinny said.

Apple presented documents it said were evidence that Samsung set out to copy its successful products, including a translation of an analysis of the iPhone with the note, “HW portion: Easy to copy,” with “HW” referring to hardware. Samsung documents also referred to a “crisis of design” as mobile operators demanded the vendor make handsets like the iPhone, McElhinny said.

Samsung has made a long series of products that infringe Apple’s patents, including the Galaxy S II phone and Galaxy Tab 10.1 tablet, selling 22.7 million units of infringing products and rolling in a profit of more than $2 billion on them, Apple said. Consumers confuse those products with Apple’s, and their sales have eaten into Apple’s own business, McElhinny said.

Samsung’s lead attorney, Charles Verhoeven of Quinn Emanuel Urquhart & Sullivan, acknowledged Samsung engineers had been “inspired” by the iPhone and iPad but said that was business as usual in the electronics industry — and claimed Apple did the same when it created its own designs.

“Being inspired by a good product and seeking to make even better products … is called competition. It’s not copying, it’s not infringement,” Verhoeven said.

Samsung will argue that Apple’s patents are invalid, partly by showing earlier products and design patents that used elements Apple is claiming as unique, Verhoeven said.

For example, he pointed to the Hewlett-Packard TC1000 tablet from early in the last decade, as well as a 1994 concept designed by Roger Fidler, called simply “The Tablet,” that had a rectangular shape with minimal ornamentation and rounded corners like the iPad.

“There’s a difference between commercial success and inventing something,” Verhoeven said.

Verhoeven also countered the charge that Samsung’s products infringe Apple’s patents. In one of the more dramatic moments of his presentation, he held up an Apple tablet prototype, called the “035 model,” which was the basis of Apple’s 2004 application for the so-called ‘889 design patent. The unit looked like the bottom half of a white iBook from that era, nearly an inch thick and made of white plastic. Its face was plain and flat, covered with glass, with a black border around the display.

Verhoeven held it up next to a Samsung Galaxy Tab, which was black and just a fraction of the thickness of the Apple model. The two could never be confused with each other, and the Samsung doesn’t violate the ‘889 patent, he said. Apple doesn’t even claim that patent on its own iPad, Verhoeven said.

Samsung will also present its own patent infringement claims against Apple, in which it says Apple uses fundamental technologies for mobile communication that Samsung developed. These include the ability to email photos from a phone. Verhoeven showed a video of the late Apple CEO Steve Jobs demonstrating that feature at the iPhone launch.

Apple said it will show that Samsung’s handling of some of its mobile patents violated the rules of the standards body ETSI (European Telecommunications Standards Institute), which should have been informed of the patents. Samsung said those rules didn’t apply because its patent applications were confidential information.

One of the ten jurors was dismissed on Tuesday morning before the opening statements began. She had requested to be let go because her employer would not pay her during the long trial.

The rest of the jury is likely to be in for a long and contentious series of arguments from both sides.

“Samsung hasn’t done anything wrong,” Verhoeven said at the conclusion of his opening statement. “If anything, what we have here is infringement by Apple.”