The last few versions of VMware Workstation haven’t been radically different from one another, and Workstation 10 is no exception. But it’s different in ways that will appeal to certain users, such as developers who are focused on Windows 8 tablets and companies looking to exercise more control over virtual machines deployed to contract workers and other users. 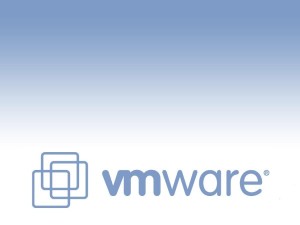 One reason to consider a move to Workstation 10 ($249, $119 for owners of Workstation 8/9)&nbsp;is its support for the hardware sensors in Microsoft’s Surface Pro tablet. If you’re running Workstation 10 on a Surface Pro, input from its accelerometer, gyroscope, compass, and ambient light sensor can be passed to a Windows 8 guest as well. This makes it possible to test Windows 8.1 on a Windows 8 tablet and have these key tablet functions available in the guest. Note, however, that this support is currently limited to Surface Pro hardware.

Many of the other changes reflect how much further desktop hardware is being pushed. Each VM can now support up to 16 virtual CPUs and 16 cores per virtual CPU, up to 64GB of RAM, and disks of up to 8TB in size. You can now configure up to 20 virtual networks within a single instance of Workstation, and you can directly attach SSDs for pass-through use. Note that the availability of hardware-specific features to guests is constrained by the actual machine you’re using. For example, you can’t emulate more cores or CPUs than you actually have.

Incremental improvements
Some of the other improvements amount to bigger changes than they might first seem. VMware Workstation 9 introduced the ability to encrypt a virtual machine as a way to keep it from being used by unauthorized personnel. I still wish Workstation let you create a VM with encryption in place, but you have to create it first, then encrypt it, which can be quite time-consuming depending on the amount of storage allocated to the VM.

While encryption works no differently in Workstation 10, encrypted machines can now be set to expire after a certain date or time. Warning messages can be set to appear a certain number of days before the machine expires, and the VM can be required to check in with a restrictions management server at regular intervals. These features will come in handy when sharing VMs with contract workers and in a number of other scenarios — if you’re testing beta software that’s meant to expire, for instance, or if you’re distributing VM-hosted software appliances that are meant to be used only by a specific audience during a given time frame.

USB device handling has also been improved. VMs work better with USB 3 controllers on the host that use the new SuperSpeed mode, so operations like copying files from a USB-attached drive to the VM can be accelerated. Workstation 10 is also SSD aware, meaning that any VMs that use SSDs in direct-attached mode will know the device is an SSD and behave appropriately (the guest OS will know to disable disk defragmentation, for example).

Oldies but goodies
Features from previous versions of VMware Workstation still stand out. I particularly like the suite of functions that allow VMs to be shared with other users, which includes the ability to allow users to connect remotely via the cross-platform VNC protocol. Unity mode lets you display windowed applications from a guest directly on the host desktop, provided the guest is running Linux or Windows and has VMware Tools installed. Unity mode is great for easing tasks like copying and pasting constantly between two programs, or comparing behaviors of two instances of the same app running on different operating systems.

If you’re juggling different versions of VMware Player, the virtual machine hardware compatibility editor feature is a big boon. With this, you can ensure that a given VM will be able to work in earlier versions of VMware Player, ESXi, Fusion, ACE, Server, and Workstation by excluding hardware not supported in those earlier editions. Versions all the way back to 5.x are supported, and the resulting changes can be made to a clone of the machine rather than the original.

Most of VMware Workstation’s competition comes from three directions: VMware Player, earlier versions of Workstation, and, most significant, Oracle’s VirtualBox. The free-to-use VMware Player has been gaining more of the functionality of Workstation over time, but Player lacks key professional-level functions like VM cloning and advanced snapshotting.

While I like VirtualBox for being open source (with free binary versions for noncommercial use), it’s always lacked the additional degree of commercial polish that is the hallmark of VMware Workstation. Workstation handles USB devices far better, it restores and resumes VMs much faster, and its implementation of snapshotting and cloning is vastly preferable. Snapshotting in Workstation even includes auto-protection, where Workstation can take periodic snapshots of a system and let you roll back in the event of a disaster.