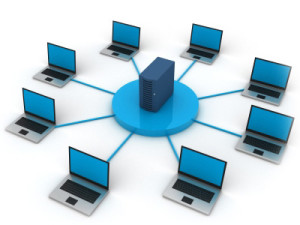 If recent history is any indication, 2014 will be a busy year for the enterprise applications industry as vendors jockey for position and customers ponder moves from legacy ERP and CRM implementations to cloud-based services. Here’s a look at what some of the sector’s main players are likely to do as the year unfolds.

Oracle: A big area of investment lately for Oracle has been in “customer experience” software, which spans sales automation, marketing, service and support. Most recently, it bought Responsys, a maker of business-to-consumer marketing software, and plans to pair it with technologies gained through the acquisitions of Eloqua and Compendium. Expect Oracle to fine-tune its customer experience messaging this year in order to differentiate its offerings from that of Salesforce.com, Adobe and SAP.

Oracle is also girding for a fight against rivals in the database market with the recently released version 12c. The company is planning to release an in-memory option for 12c sometime next year that it says will provide dramatic performance improvement.

SAP: For a few years now, the most frequently heard word emanating from SAP’s marketing department has been HANA, its in-memory database. If anything, customers should expect to hear even more about HANA this year as SAP continues to build out support platform services and development tools for it.

It will be telling to see whether SAP manages to come up with a significant number of public customer references who have begun using HANA underneath their SAP Business Suite installations instead of Oracle. This is a key goal for SAP but it could face a challenge getting many customers to make such a switch given the timing of Oracle’s database release, as well as the pending in-memory option. SAP will have to give customers confidence that a move to HANA won’t be risky, and will reap major rewards.

This year, SAP will also return to a sole CEO model, with Bill McDermott taking the helm as co-CEO Jim Hagemann Snabe steps down. McDermott will be the first American to become sole CEO of the German vendor; customers and partners will be watching to see whether McDermott pushes for significant strategy changes as he makes his initial stamp on the job.

Salesforce.com: There are several reasons to keep close watch on Salesforce.com in 2014, according to independent enterprise applications analyst China Martens. One is Salesforce1, the new development platform Salesforce.com announced at the Dreamforce conference in November. “[Will] Salesforce1 resonate with customers, partners, and developers or is there another reworking to come?” Martens said via email.

Salesforce.com will also be pushing its Marketing Cloud product family, which it built out through acquisitions such as Buddy Media and ExactTarget. The question is whether Salesforce.com is done buying.

One area where Salesforce.com has lagged in some observers’ eyes is analytics. This year, it might be wise to watch for a stronger analytics product push from Salesforce.com, whether through acquisitions or partnerships, Martens said.

Microsoft: Martens is also keeping watch on Microsoft, which will soon have a new CEO after the pending departure of longtime chief Steve Ballmer.

Ballmer has treated Microsoft’s Dynamics ERP and CRM business with deference, preserving it as a separate entity as part of the company reorganization he pushed through last year.

Dynamics is seen as a means for Microsoft’s sales force to have more conversations with C-level executives in companies, rather than just IT, and therefore as a conduit for other Microsoft products.

There are four ERP products in the Dynamics family, something Microsoft tried to streamline but ultimately gave up on some years ago. The new CEO will be faced with “the age-old question of how to balance the needs of four ERP product families and integrate them to one CRM product,” Martens said.

Workday: The HCM (human capital management) software vendor remains hot coming off its late 2012 IPO and will look to ride the momentum through 2014 as it builds out its financial software product line and sells it into large enterprises that have traditionally been Oracle and SAP shops.

On the company’s third-quarter earnings call in November, co-CEO Aneel Bhusri said Workday now has more than 550 customers around the world. Bhusri also revealed that Workday had landed 10 new financials customers in the quarter, but said none were in the Fortune 1000.

NetSuite: The cloud-based ERP vendor may have a busy year. Of particular interest could be the evolution of its HCM strategy. NetSuite has taken a two-tier approach, with its recent TribeHR acquisition serving smaller companies, and partnerships with Oracle and others for large enterprise deals, Martens said.

Infor: Under the leadership of ex-Oracle president Charles Phillips, Infor has retooled its user interface, added hundreds of developers and formed partnerships with cloud vendors such as Salesforce.com.

But some might argue the company’s profile is still fairly low. This year, Infor will be ramping up its marketing machine in an effort to change that.

“We feel the technology is in place, and now it’s time to tell the story,” said Infor spokesman Dan Barnhardt.

On the product end of things, it wouldn’t be surprising to also see Infor take further steps into HCM, whether through partnerships with companies such as Cornerstone on Demand and Ultimate Software, or acquisitions.