Amazon and eBay are among retailers pulling a brand of cuddly smart toys from sale after warnings they pose a cyber-security threat. 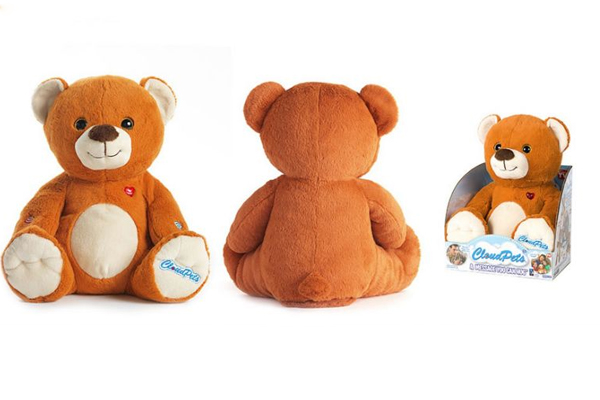 Concerns were first raised about CloudPets last year when security researcher Troy Hunt discovered voice recordings captured by the toys were being stored online unprotected, according to Yahoo Finance.

Spiral Toys, the toymaker behind CloudPets apparently took “swift action” but research commissioned by Mozilla found that the company, which no longer makes CloudPets, had not secured the data.

Now, the products have been pulled from Amazon in the US and UK, while US retailers Walmart and Target have also stopped selling them.

The CloudPets range includes a number of soft animal toys that are fitted with a microphone and speaker.

These allow children to record their own messages and play back the voice recordings of friends and family members, which are uploaded to the net via a Bluetooth-connected app.

In February 2017, security researcher Troy Hunt discovered that the recordings were being retrieved by unauthorized users and held for ransom.

A Mozilla spokesperson has reportedly confirmed that browser-and-openness biz had shared CloudPets’ vulnerabilities with Amazon.

It also shared its findings with the Electronic Frontier Foundation which, along with other advocacy groups, planned to publish a letter on June 5 urging retailers to ditch the toys.

“We understand that connected devices can be complex and that sometimes, mistakes happen,” the EFF’s letter said.

“However, the issues with the CloudPets toy demonstrate a track record of failing to protect consumers. Despite the fact that security risks have been known publicly for over a year and that technical solutions are available, Spiral Toys has not rectified these problems.

“What CloudPets demonstrates is the potential privacy risks that even a toy with limited connectivity can pose. More importantly, it also shows how these toys are entry points for companies to generate a consumer base from children for other digital products in the future. That’s why it’s so critical that privacy and security be at the forefront of makers’ minds.”

CloudPets’ manufacturer Spiral Toys has not commented on the incident.