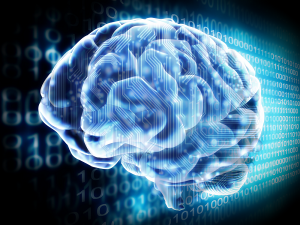 IBM has found a way to make transistors that could be fashioned into virtual circuitry that mimics how the human brain operates.

The new transistors would be made from strongly correlated materials, such as metal oxides, which researchers say can be used to build more powerful – but less power-hungry – computation circuitry.

“The scaling of conventional-based transistors is nearing an end, after a fantastic run of 50 years,” said Stuart Parkin, an IBM fellow at IBM Research. “We need to consider alternative devices and materials that operate entirely differently.”

Researchers have been trying to find ways of changing conductivity states in strongly correlated materials for years. Parkin’s team is the first to convert metal oxides from an insulated to conductive state by applying oxygen ions to the material. The team recently published details of the work in the journal Science.

In theory, such transistors could mimic how the human brain operates in that “liquids and currents of ions [would be used] to change materials,” Parkin said, noting that “brains can carry out computing operations a million times more efficiently than silicon-based computers.”