CNME Editor Mark Forker managed to secure an exclusive interview with Radhika Punshi, Co-Founder and Managing Director at The Talent Enterprise, to learn more about the success and exponential growth enjoyed by the HR technology leader in the UAE over the last number of years. 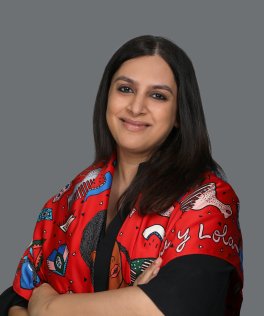 The HR technology industry is a burgeoning vertical, and The Talent Enterprise have been able to capitalise on the opportunities emerging from the space through the combination of social sciences and disruptive technologies like artificial intelligence.

CNME spoke to the charismatic Radhika Punshi, who is one-part of the dynamic duo responsible for driving the rapid growth of the UAE-based company across the Middle East region and beyond.

In a candid and forthright interview, Punshi described HR technology as ‘assessment technology’ and said it was an extremely exciting space to operate in, but also stressed that it was highly complex due to the fact that they are essentially attempting to measure human behavior.

“The reason I believe it is so challenging is because we are really looking at measuring human behavior using technology, which essentially means we need to understand psychology, behavioral sciences and social sciences. For us to do that effectively then we need to leverage complex data models to analyze people, because as we know human beings are complex enough! We have arrived at this intersection between psychology, behavioral science, data science and technology,” said Punshi.

Punshi also highlighted the weight of responsibility that is placed on them when helping businesses to make appointments.

“There is no doubt that there is a huge responsibility on us in relation to the kind of work that we do. The projects that we engage in range from typical things like hiring who will be the next CEO of a holding company, or who the next minister might be when you are appointing a government leader. We also assist in the process of organisation restructuring, so we need to decide who stays, and who goes, and that’s difficult, but are leveraging our expertise and knowledge to help enterprises to make very critical decisions,” said Punshi.

The Talent Enterprise was launched in 2012, so they are celebrating 10 years in business, and over the last 3-4 years have gone global.

Interestingly, the company has resisted the temptation to engage in seed funding, with Punshi explaining how they wanted to have full autonomy on the direction they are headed as an organisation.

“We are self-funded, and thus far we have resisted the temptation of raising venture capital, as we wanted to have full autonomy over the decisions and the direction that we take as a company. As a startup company, that’s a tough choice to make, but we believe it has served us well as we have enjoyed significant growth outside of the UAE over the last few years,” said Punshi.

When asked what inspired the launch of The Talent Enterprise in 2012, Punshi said that they entered the marketplace looking to address three real challenges, the first of which was ‘measurement’, which she said at the time was archaic and not fir for purpose.

“The first issue we identified that existed in the recruitment space was related to measurement. We discovered that a lot of local talent were coming across as very average when they took an ability test, or engaged in a personality profile. However, the fact of the matter was they weren’t average, the crux of the problem lay in the tools that companies were using in 2012. They were archaic, and quite simply not relevant to the region at all,” said Punshi.

Technology is advancing at a rapid pace and evolving all of the time, and the second challenge the team at The Talent Enterprise were looking to resolve was related to technology, which again similar to the measurement tools in operation were outdated.

“When we launched the company in 2012, a significant proportion of HR tech was generally quite outdated, and there certainly wasn’t enough Arabic, or customisation tools available. In addition to this, a lot of our competitors were using technology that was developed way back in 2004 and 2005, so again it was all very outdated. There appeared to be a lot of stuff happening in the backend, but nothing at all in the frontend,” said Punshi.

The third and final challenge according to Punshi was in relation to the way businesses operated within the assessment technology sphere.

Flexibility and choice were non-existent, the norm was one company providing all your tools and products.

“The final problem we were looking to address in the assessment technology space was the fact that traditionally it was driven by a client hiring a single company, which offered and provided all the tools and products. 10 years ago we really started to adopt an aggregator model – and we built our own assessments and tools, however, we also incorporated the best tools and solutions from everywhere in the world on our platform, which gave customers the choice and autonomy on what tools they wanted to use, instead of having to use the assessment tools provided by us. I think across the industry there has been an acceleration in the adoption of the aggregator model, but it was us that began pioneering it 10 years ago,” said Punshi.

In addition to this, Punshi also highlighted how The Talent Enterprise have built the region’s first and only assessments.

“We have built the region’s first and only assessments that still exists, everyone else is still using other brands and other products. We have built our own, yet we offer some of the most progressive technology and most choice to our clients in terms of what they really want to use for decision-making – and that really helps to differentiate us from our market competition,” said Punshi.

AI is still met with strong skepticism in some quarters, and it’s deployment in some industry verticals, including recruitment has shown there remains many flaws in terms of the way it has been used.

However, as Punshi quite rightly points out there is bias everywhere, granted most of it is unconscious bias, but it still exists, she explains how they use AI to make better decisions.

“The fact of the matter is that bias exists everywhere. I think our role is to really manage and mitigate that bias much better – and if you think of the traditional recruitment system it is very interview-based and that is obviously very biased because human beings are naturally very biased. If you examine how promotions occur within organisations managers are making performance decisions and reviews, and again managers are biased. What we are really trying to do is use traditional psychology, data science and AI to better inform our recommendations and decisions,” said Punshi.

The Talent Enterprise has been unequivocal in its support for the next generation of female leaders across major industries globally – and they have reaffirmed their commitment to addressing the gender inequality that still exists in some industry verticals when it comes to senior leadership roles through their new partnership with DHL.

However, Punshi candidly admits that she was once a skeptic in terms of the perception that more needed to be done to ‘level the playing field’, but said her opinion went the full 360 following the research and data she uncovered when working on her first novel.

“For me personally, we have been working in the area of diversity and inclusion for a long time, but to be quite frank initially I was never a big believer in it, primarily because I felt what works for men should work for women. However, it wasn’t until about five years ago, when I wrote a book with my co-founder David Jones, called ‘Gamechangers’ that I became aware of the research around the lack of diversity in big business and that was a stark insight to me in terms of the lack of diversity that existed,” said Punshi.

Punshi then pointed to the 50% paradox, which is something that she has written extensively about over the years. The figures speak for themselves.

“I have talked a lot about the 50% paradox, but what is it? Essentially you have 50% of female employees dropping out of every stage of a career path. 60% of women are graduates, but only 40% make it into the workforce, then out of that 40% only 20% make it to managerial, or supervisor roles. Then 6-7% get leadership positions, but then only 1-2% get board positions, so that means you are having about 50% of females drop out at every level of transition,” said Punshi.

The partnership with DHL has been formulated to alleviate the alarming dropout rate that occurs at different junctures of a woman’s career – and according to Punshi has been designed to help ‘prepare’ women for the pitfalls and challenges that lie ahead.

“I work with about over 400 organisations across the region, and I have engaged with a lot of boards, and many of them are not very diverse, or inclusive. Our collaboration with DHL is really important because what we are doing is running their global women in leadership program, where we are really helping women in these transition roles. If you’re a senior manager who is getting ready to be promoted as a head of a certain facility then we are essentially preparing them for those leadership challenges, and personal challenges that they were undoubtedly face, so when given the choice they don’t decide to opt out, and ultimately are really prepared for that next level,” said Punshi.